Why Angels appears to the Shepherds instead of Kings and Nobles? 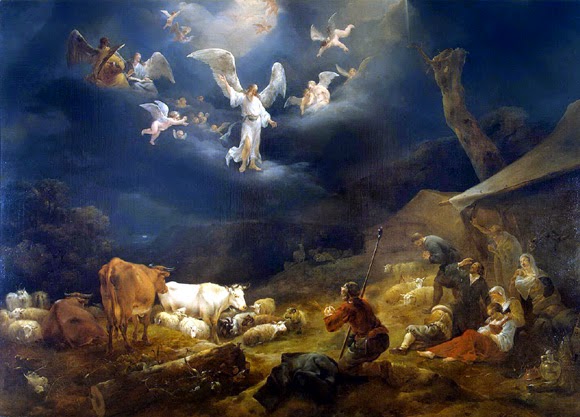 Did you ever wonder why the first announcement of the birth of Jesus was made to shepherds?  Why weren’t the angels sent to kings, nobles or to fishermen and tax collectors?  Instead the angles of heaven was dispatched to some shepherds abiding in the field keeping watch over their flock by night.  Why were these particular shepherds chosen to be the first on earth to receive the good news that the Savior had been born?
It’s important to understand that these shepherds were not ordinary shepherds.  The shepherds to whom the angels appeared were the ones who were in charge of the temple flock.  They had the oversight of the lambs that would soon be sacrificed to provide atonement for sin.  Their eyes had been trained to notice any defect or blemish a lamb might have because only perfect lambs could be used as sacrificial lambs.  Any flaw rendered a lamb unacceptable as an offering to God.
And now the Lord was calling upon these shepherds to go and inspect the Ultimate Lamb.  The keepers of the temple flock would actually behold the Lamb of God who had come to take away the sin of the world.   They were being sent to look upon a baby who, like the many lambs they tended in the temple flock, had been born to die as a sacrifice for sin.
Contrary to tradition, Jesus was not born in winter but in the spring of the year.  The shepherds had brought their flock close to the city of Jerusalem in preparation for the day when the lambs would be taken to the temple to be put to death and offered as a sacrifice to God.  They were encamped just several miles south of Jerusalem outside of the village of Bethlehem.  When the angels departed after their message was delivered, it was a simple matter for the shepherds to go into the nearby city of David to find the Divine Child.
However, these shepherds did not go seeking the Savior in a palace or a stately mansion.  Rather, Jesus was found in a stable wrapped in swaddling clothes and lying in a manger.  But then, where else would you expect to find a newborn lamb?  The Lamb who came into a sin-filled world was birthed in a dirty stable.  The Lamb of God upon whom the world would feed was placed in the feeding trough.  And we can be sure that the Savior who stooped to be born in a filthy stable will certainly not turn away from the human heart.
The shepherds gazed upon the spotless Lamb, seeing with their own eyes the Lamb of God wrapped not only in swaddling clothes, but also wrapped in human flesh.  And through the eyes of faith, they saw past the newborn Lamb in the manger bed to the spotless Lamb being led to the altar on Golgotha Hill.  Behold the Lamb of God that takes away the sin of the world.
But it is not enough that Jesus was born.  The Christmas story is only the first chapter of the greatest story ever told.  The Lamb of God who slept in the manger would grow into manhood and live a sinless life—a life without spot or blemish.  And even as the shepherds examined Him at the beginning of His life, so at the end of His life Jesus would once again be examined and declared to be sinless.  Pontius Pilate himself would declare at the trial of Jesus, “I find no fault in this man.”  The spotless Lamb was ready to become the sacrificial Lamb.
Yes, Mary had a little Lamb.  And the shepherds who knelt by the manger on that holy night went forth into the highways and byways announcing the birth of the Lamb of God.  And their message is still being proclaimed by believers today.  Behold the Lamb!   Come and see!  Behold the Lamb of God that takes away the sin of the world!
May the Holy Spirit help us give the understanding and wisdom to have a deeper meaning of the Gospel and His Word!
share

Feast of the Immaculate Conception – December 8

What is Faith – may benefit your class!